I love art history. Love it with a passion. But I’m also woke to its shortcomings, most notably that the art history I was exposed to is but one art history among many. The art history of pastel certainly fits the bill as a history that has been sidelined over the centuries. The “why” of that has many answers, but it isn’t because notable artists didn’t use pastel. They did. Any artist who works with this medium today should remember that. It has a fascinating lineage and is the source of so many unique, moving and just beautiful works of art — and by some of the most famous artists of all time, no less!

I lead with the French Symbolist because I love his pastels like no other. This cloudscape expresses all the wonder of color and mark-making that can be explored with pastels. This medium was one of Redon’s favorites. Whether painting portraits, still lifes or imagined landscapes, he made pastels feel rich, powerful and yet honest to the medium.

An illustrator by trade, Childe Hassam was one of the most notable American Impressionists working in the late 1800s and early 1900s. He is also one of the most famous American pastelists. He exhibited in the fourth, final, show of the Society of Painters in Pastel in New York in 1890. The urban landscape, summer gardens and abstracted night skies all were captured by his hand, working in this medium.

Mary Cassatt was one of the most influential artists of 20th-century American art. Her friend Edgar Degas was the one who first inspired her to work in pastels and painting portraits using this medium was eventually how she made a living in Paris. Pastels could be manipulated with greater speed and ease, had no odor and allowed for frequent interruptions. For Cassatt, who did many portraits of children, that was essential. Her pastels are most noted for their bold linear strokes that create sensitive, substantive forms.

Notable portraitist William Merritt Chase founded the Society of American Painters in Pastel in 1882, which included such artists as John Henry Twachtman, Childe Hassam and Robert Reid. The Society only lasted eight years and held four exhibitions. But it drew attention to pastel and helped it gain respect as a medium. Chase worked in a variety of media, including oil, pastel, watercolor and etching. His pastel drawings were sometimes very large, up to six feet high, and done on canvas.

From 1865-1869 Millet painted almost exclusively in pastel for a collection that would eventually include 90 works. With this collection, the artist explored the possibilities and limits of the medium. He was one of the first to really draw with pastel and use broken strokes of color, rather than blending the colors extensively the way many early pastelists did.

I end with the famous artist who is historically most connected with pastel. Degas is considered the artist most responsible for its transformation into a major medium. When he began working with pastels, they were primarily used for portraits and often as precursors to complete oil paintings. Degas, however, created a very large body of finished pastel drawings. He worked in pastel throughout his career and in 1880 it became his primary medium. The artist often combined it with other media such as watercolor, oil, and monotype, creating rich surfaces with a variety of paint qualities applied in complex layers.

Using pastel as a guide, the history of art opens up in a new way. For me, I’ll always be drawn to the medium because of the famous artists who made it come alive in the past: Redon, Degas, Chardin, Millet, and Schiele. But I’m also as intrigued, if not most intrigued, by the pastel art made by artists today. Maybe one of those artists is, or could be, you. If you are thinking about how this medium could be the way you explore art — first off, know that you are in good company — and second of all, resources like Pastel Innovations by Dawn Emerson will show you how to make it uniquely your own. Enjoy that sense of discovery! Which famous — or should-be-famous — pastelist(s) do you admire? Tell us in the comments. Save 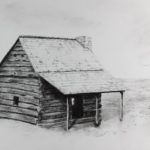 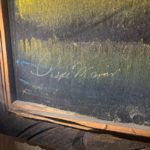 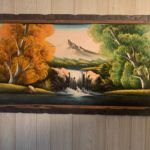 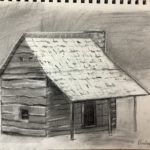 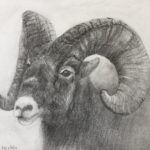 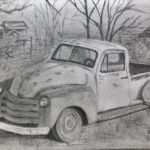