With the expansive popularity of Marie Kondo and her KonMari methods for tidying up, thousands of people worldwide are getting inspired to live more simply, clearing out their clutter and simplifying their lives and spaces. Artists — even those who love art materials as many of us do — are finding the idea of downsizing and simplifying equally appealing. One artist took the impetus to live more simply to incredibly creative heights, as she embarked on an art project that was two-fold: downsize the “stuff” in her life and then documenting her new clutter-free status by painting her possessions. Every. Single. One.

“The idea for this creative project began with a question: What would it look like to see all of my possessions at one time?” says Jaye Schlesinger of her 380-painting installation. “The impetus for the question was my growing “interest in downsizing and living more simply. I wanted to create something more conceptual instead of continuing to paint objects in the traditional still life manner.” Thus began the painting project that, when assembled, forms the artist’s extraordinary installation: “Possessed: A Documentation in Painting of All of My Possessions.”

Over a two-year period, Schlesinger and her husband moved several times before finding their present home, so many of their belongings remained packed in storage over the duration. With this project in mind, prior to packing, she photographed every item she owned.

From the project’s inception, an integral part of the process was to declutter. Schlesinger went through all of her possessions, one by one, choosing either to keep or discard them. “I was thinking about simplifying my life,” she says, “and mindfulness and minimalism seemed to resonate with me. I wanted to feel more peaceful. The experience was difficult at times, but overall, very enlightening. In contemplating each item, I used two criteria: First, is it functional—something that I really need, and second, is it something that I find beautiful, interesting or meaningful? It got complicated, because particular things had sentimental value. I had a ‘maybe’ box for objects about which I was undecided, but after a year of not needing anything in it, I discarded all of its contents. I had to be ruthless to accomplish my goals, but I was determined. While I wouldn’t say my home today looks minimalist, I would describe it as having a more curated look—and it’s wonderfully uncluttered.”

Because she was painting during the period in which she was moving from house to house, it was necessary for Schlesinger to work largely from photographs and to keep her workspace to a minimum. “I set up a small work area wherever we lived,” she says. “Since I work flat, it was just a table and two spotlights—one on my work, the other on my palette. I’d work on as many as five paintings at once.” Schlesinger prepared birch panels, some flat and others cradled, with coats of gesso or an imprimatura, and on occasion, she’d work directly on the birch surface, as in Corner Vice. To lend variety, she painted the edges of the boards to match the background or in a contrasting color, or she simply left them alone. “The most exciting part of the project was experimenting with different methods and styles,” Schlesinger says. “I wanted to delve into the idea of how many different ways I could paint an object and background, taking objects and removing them from their normal context so they became more like symbols or metaphors. I think that something without a well-defined background or tabletop is more isolated and becomes something very different.” With an educational background in painting and medical illustration, and 15 years spent freelancing in the illustration field, Schlesinger is adept at rendering and employing methods that facilitate her process.

“I often implemented a technique used in medical illustration to transfer images to my panels,” she says. “First, I gessoed the panel, and then I printed out the photo. With transfer paper placed beneath it, I traced the major outlines, transferring them to the panel. Occasionally, when a subject was very detailed or complicated, as in Thread or Gouache, I first changed the photo into an outline using an Adobe Photoshop app. Then I ran a piece of canvas paper through the printer, inking the outlines onto the canvas paper. I then glued the paper to the board, which lent more of a canvas look to the panel. It’s basically the same thing as using transfer paper, but it’s really quick, because I wasn’t drawing all of those lines meticulously by hand. I know that some people might consider it ‘cheating,’ but this saved a lot of time, resulted in precision and allowed me to get to the painting—the fun part—much sooner.”

The works in Schlesinger’s extensive series collectively seek a balance between a painterly approach and that of realistic precision. For example, gouache eloquently integrates these two opposing characteristics into one unified visual statement.

“I wanted there to be a level of precision because I like detail, but I also was interested in being suggestive,” Schlesinger says. “For paintings that featured multiple objects in them, I had to be really loose. I couldn’t fit all of the words on the paint tubes or delineate all of the sinuous lines on the spools in Thread. I was concerned primarily with what was the least amount of information I needed to get my point across. “Also, I liked the idea of presenting an image as it was found,” the artist says. “When I was taking the photographs, I tried to leave objects the way I found them. I didn’t want to be overly picky about setting them up. Plus, I found it pleasing to look down on my subject from a bird’s-eye view. It’s a fun perspective to paint and seems more meditative, in a way, because it’s more abstract and becomes a wonderful sea of color and shapes.”

In other compositions, such as Grooming, the artist enjoyed the task of positioning the implements so that their forms interrelated and created interesting negative spaces. “This is almost in the tradition of trompe l’oeil,” Schlesinger says, “in which you can make flat objects look very dimensional. My professor and mentor in medical illustration, Gerald Hodge, was a master at that.

“One way to create this realism,” she continues, “is to have significant contrast between the highlights and the shadows, making sure there are some dark darks and light lights. Another tip Hodge shared about reflective objects is not to allow yourself to get lost in the reflections. Instead, keep thinking of the overall form of the object to avoid losing its structure. I’ll first paint it as though it was nonreflective, and then I’ll put in the reflections.” Grater is a fine example of this. Schlesinger initially painted the grater as if it was a solid, but nonreflective, form. She then gradated its surfaces; after the paint dried, the artist transferred the circles and reflective bevel shapes onto it with transfer paper and painted the extreme darks and lights. “It’s one of those magical works that seemed to paint itself,” she says. “I particularly like the background. There’s a little going on, but not a lot, and there’s just a hint of a table edge.”

Contributing significantly to the visual impact of her paint- ings are the figure/ground relationships, which Schlesinger sensitively juxtaposes. Most of the backgrounds are imagined, dissimilar to her references. “I’d just intuit what it needed,” she says. “I really love the relationship of cool against warm color and the shape and gesture of the subject in Apron. I was experimenting with edges, so I left the original deep red background color along the contour of the cloth, serving to soften its edge. In The Art Book, I mimicked one of the colors from the text, letting it show through the table’s surface.” In other works, Schlesinger painted the objects first and then created the backgrounds, choosing to contrast or harmonize the latter with the colors and values of the subject. “I also played around a lot with basic symmetry and then introduced just a little assymetry. Little gestures like slippers being slightly off-kilter or socks cropped on the top and right side give the compositions more movement and create interesting negative shapes. Paying close attention to the relationships of positive forms and background spaces made the process interesting—and the results more dynamic,” she says.

At least two dozen photos of different arrangements provided the collective resource for Three Covered Cooking Pots. Schlesinger gave great consideration to the ellipses and reflectivity of the covers; the pots’ positions and tangents; cropping; resulting background shapes; diffused cast shadows; and background color. “I’d just bought a new tube color, a green gold, and I became a bit obsessed with that for awhile,” she says. Another grouping that plays with tangents is Painting Mediums. “I was thinking about a favorite artist of mine, Georgio Morandi,” Schlesinger recalls. “The way the bottles are coupled and butted up against one another is rather Morandi-like.” Both White Books and White Bowls attest to the artist’s proclivity to explore challenging projects. “I knew I wanted to do some white-on-white paintings, so I arranged a selection of my art books, from largest to smallest,” she says. “I blurred the writing because it wasn’t as important as the variety of shapes and subtle shifts of value and color temperature.” In White Bowls, the asymmetry and arrangement of the stacks breathe immense interest and energy into the composition. “This was all about rhythm and shape, and being looser with the paint application, keeping it fuzzy around the bowls’ edges and making the cast shadows more ethereal,” says Schlesinger. “I had to make sure everything about the bowls was dark enough so that the highlights would stand out. It was deceptive at first. The tendency was to go too light too quickly. Also, what helped establish the concavity of the bowls was that the light source, as in all of my paintings in this project, came from the upper left and was slightly frontal. That’s standard in medical illustration.”

Exhibited in multiple venues, Schlesinger’s “Possessed” has made a significant impression on viewers—and a great impact on the artist herself. “When I first saw it installed, it felt pretty self-revealing and made me a bit uncomfortable,” she says. “In essence, it’s a very personal portrait of me, but I got over it. I now feel like it says, ‘This is me; take it or leave it.’ “I especially like that it’s made people think more about their own possessions and what things truly mean to them. As for the art part, I’m pleased that this presentation helps people realize that anything and everything can be a viable and intriguing subject for art—even mundane objects. I’m pretty passionate about that.”

Do you have artwork laying around in piles rather than up on the wall? Check out this quick guide to framing! 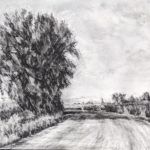 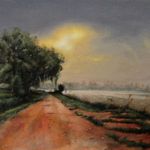 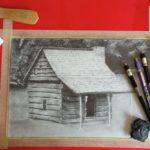 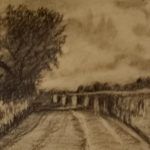 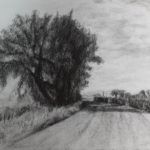 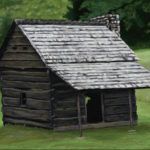