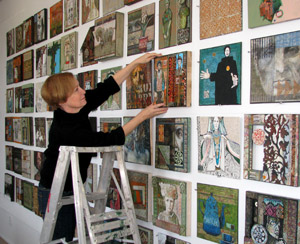 When her studio became too cluttered to work in, this became collage and mixed-media artist Anne Bagby’s cleanup plan:

See some photos of her studio below. 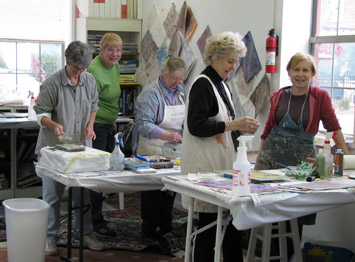 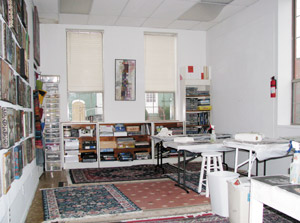 It’s not as arty and creative-looking as it once was, but now Bagby says she has room to be creative! 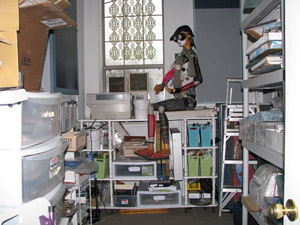 It was a couple of months into her cleanup project before Bagby could see the floor of her storage closet—and her vacuum and ladder became accessible again. 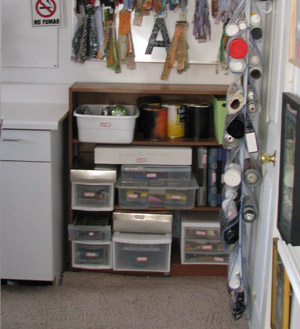 Bagby sorted all her handmade stencils into plastic containers and labeled everything. 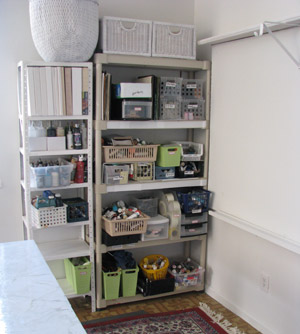 In these shelves close to the worktables, Bagby stores the supplies she uses nearly every day. 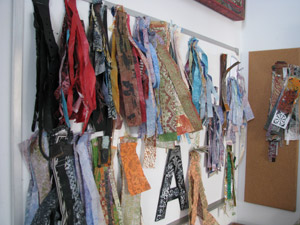 Her hand-painted paper strips hang on a long inside wall, where she can sort through them easily. 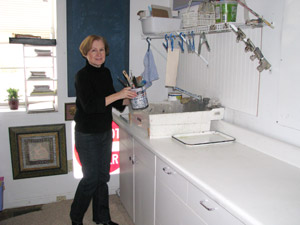 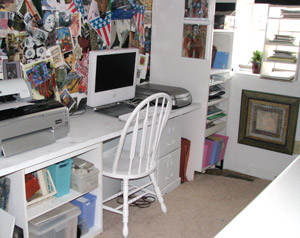 Only her computer area remains exactly the same as it was.